(717) 362-2020 contact@wttbabies.org
0 Items
Explaining Water Baptism to Kids
VIDEO HELPS PLUS FREE LESSON PLAN!
When a child says they want to be baptized, we then ask them why? Their answer will let you know if they have an understanding and right motives. Children who are ready will show a sincerity, a determination, and excitement for being baptized.

It is important to tell the children that a Christian is like an open book to those who are around them every day. We are as “living letters known and read by all men.” (2 Corinthians 3:2-3) Baptism in water is our public confession. God holds each of us accountable for what we know. When we “go public” with an outward action of our commitment to Jesus, we are entering into a new level of our walk and expression of Christianity. Remember what happened after Jesus was baptized? He was honored by His Father as the heavens opened and the Holy Spirit descended upon Him. It was like God was saying, “That’s My Boy! He gives Me such pleasure.” Then Jesus had a wilderness time of temptation and testing which He passed with an A+. Jesus was obedient to His Father in all things, even baptism. 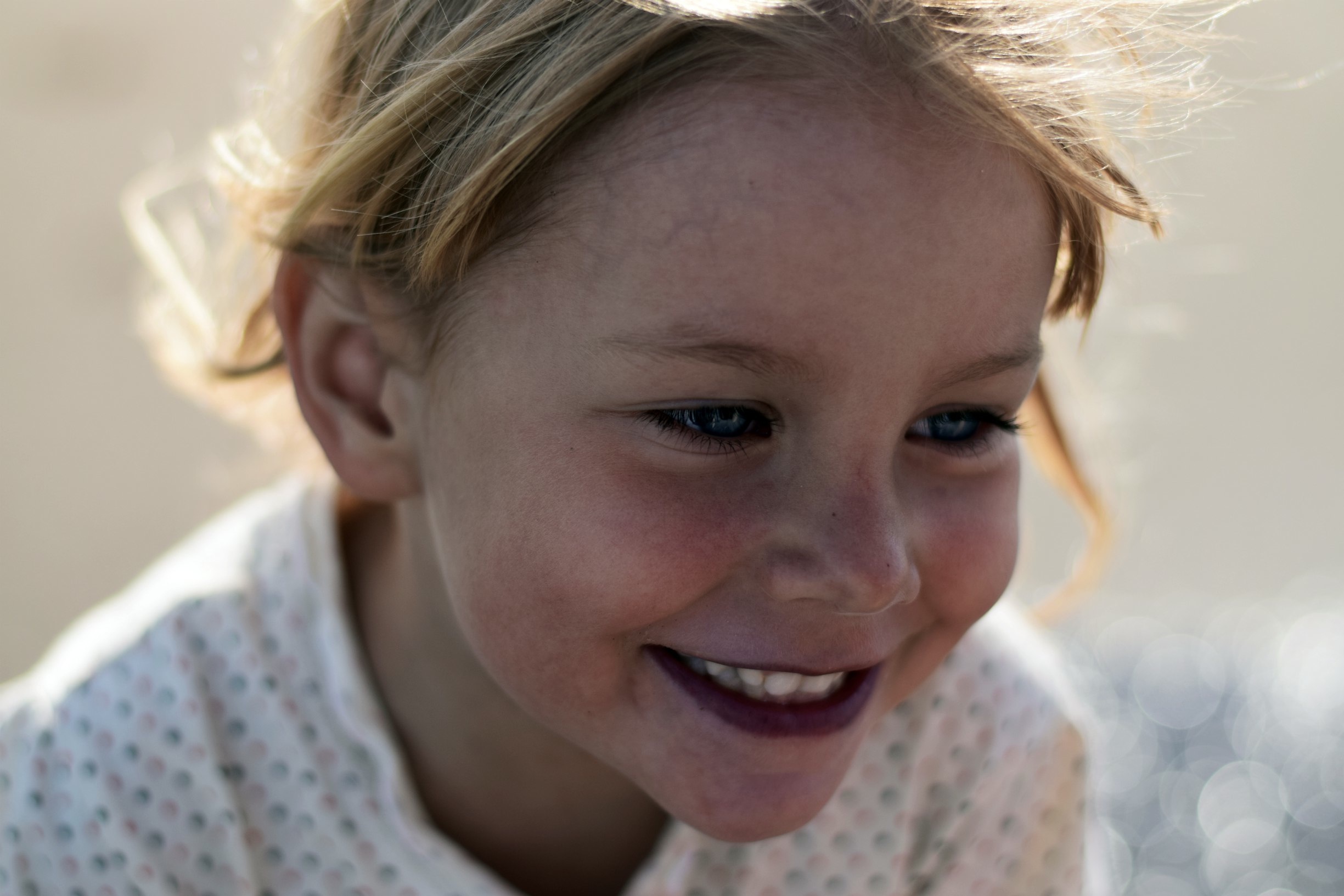 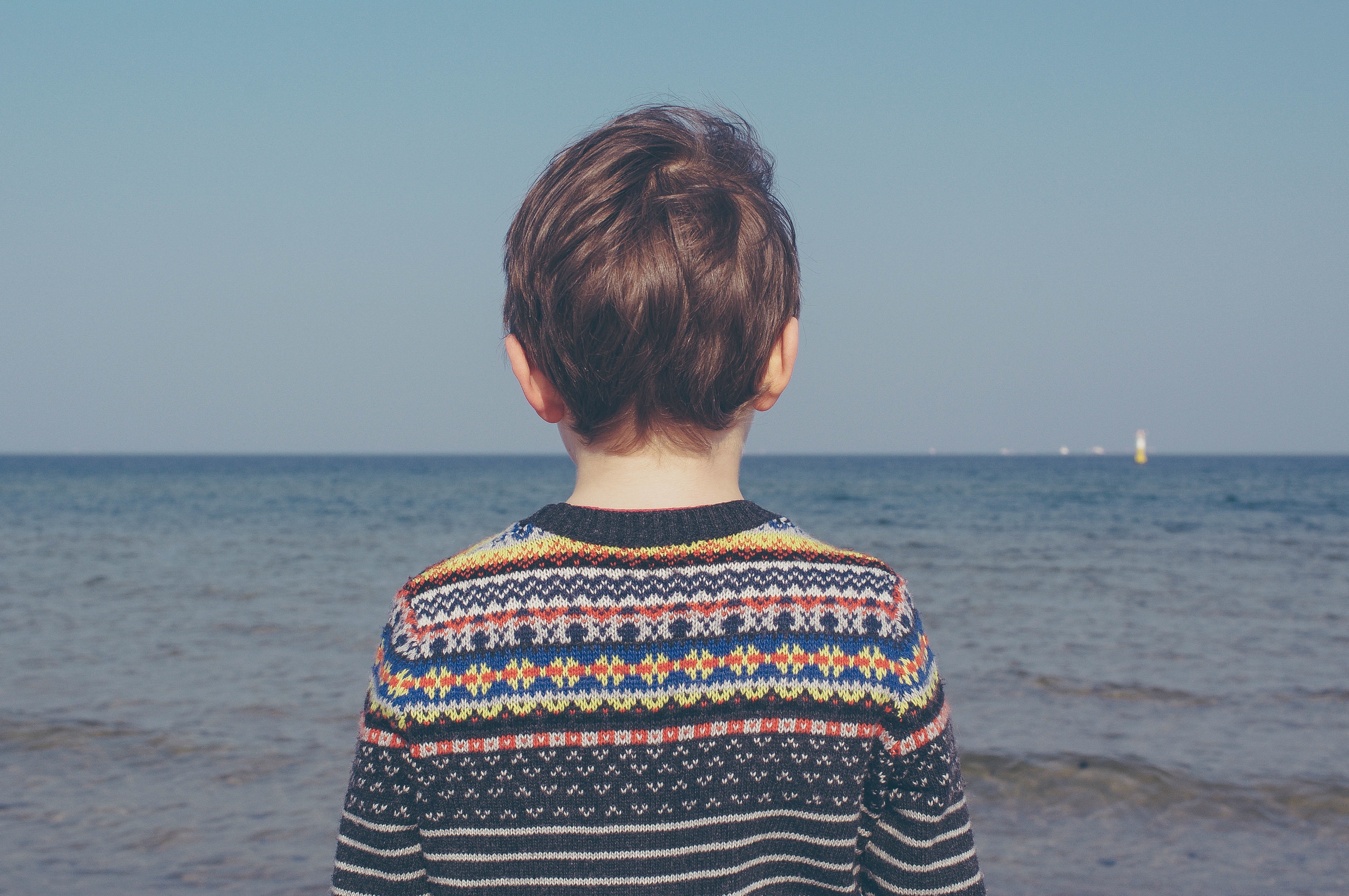 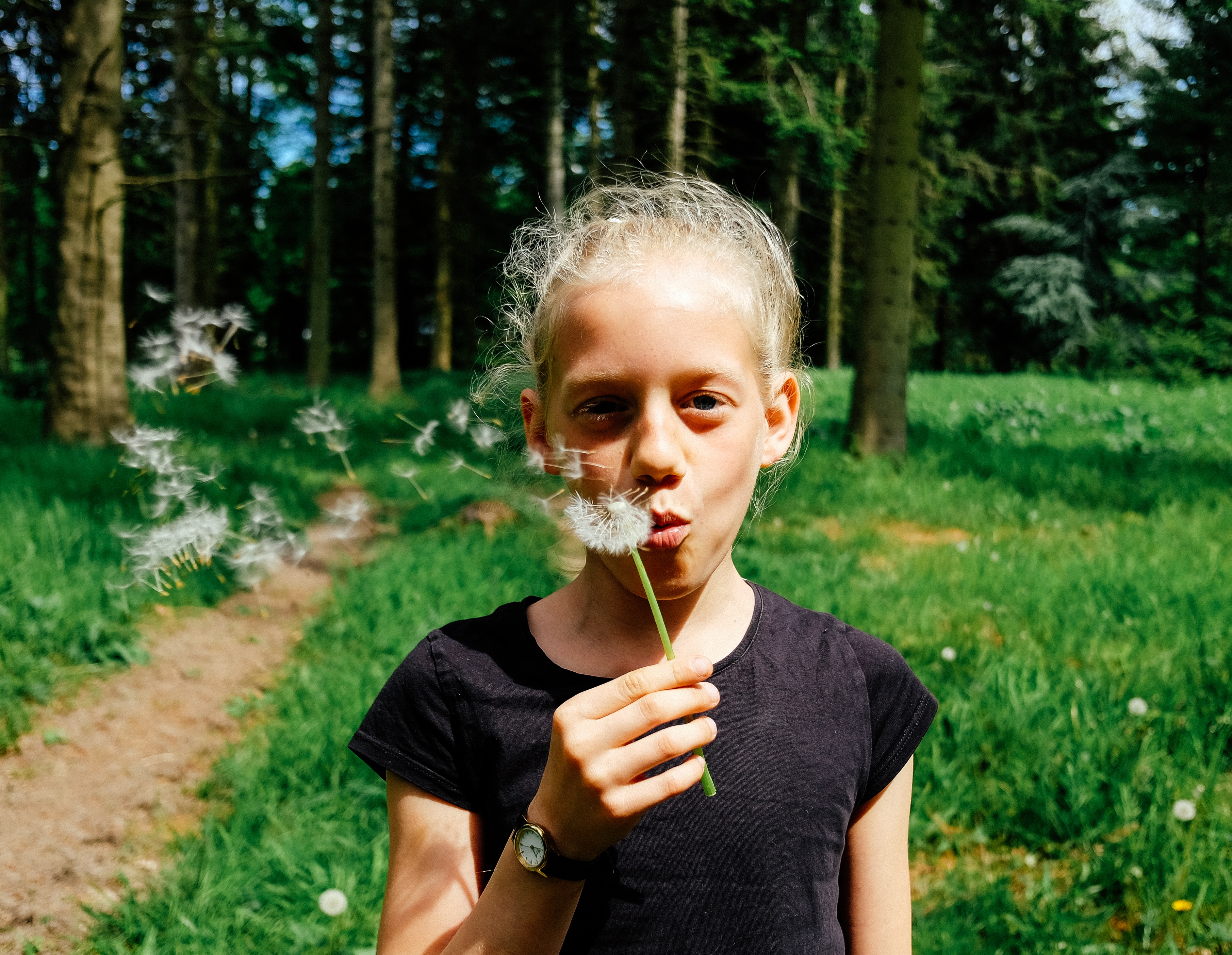 BAPTISM IS A COMMAND OF THE SCRIPTURE

Matthew 28:18-20, “Then Jesus came to them and said, ‘All authority in heaven and on earth has been given to me. Therefore go and make disciples of all nations, baptizing them in the name of the Father and of the Son and of the Holy Spirit, and teaching them to obey everything I have commanded you. And surely I am with you always, to the very end of the age.’” (NIV)

BAPTISM IS NOT A MEANS OF SALVATION

Ephesians 2:8-9, “For it is by grace you have been saved, through faith–and this not from yourselves, it is the gift of God–not by works, so that no one can boast.” (NIV)

Ephesians 2:4-5, “But God, who is rich in mercy, because of His great love with which He loved us, even when we were dead in trespasses, made us alive together with Christ (by grace you have been saved)…” (NKJV)

BAPTISM IS FOR BELIEVERS IN CHRIST

Acts 10:47-48, “‘Can anyone keep these people from being baptized with water? They have received the Holy Spirit just as we have.’ So he ordered that they be baptized in the name of Jesus Christ. Then they asked Peter to stay with them for a few days.” (NIV)

Acts 18:8 “Crispus, the synagogue ruler, and his entire household believed in the Lord; and many of the Corinthians who heard him believed and were baptized.” (NIV)

BAPTISM IS GOING PUBLIC WITHOUT SHAME OR FEAR

Acts 2:41, “Then those who gladly received his word were baptized; and that day about three thousand souls were added to them.” (NKJV)

Acts 9:18, “Immediately there fell from his eyes something like scales, and he received his sight at once; and he arose and was baptized.” (NKJV)

Romans 1:16, “For I am not ashamed of the gospel of Christ: for it is the power of God unto salvation to everyone that believeth; to the Jew first, and also to the Greek.” (KJV)

JESUS IS OUR EXAMPLE

Matthew 3:13-17, “Then Jesus came from Galilee to the Jordan to be baptized by John. But John tried to deter him, saying, ‘I need to be baptized by you, and do you come to me?’ Jesus replied, ‘Let it be so now; it is proper for us to do this to fulfill all righteousness.’ Then John consented. As soon as Jesus was baptized, he went up out of the water. At that moment heaven was opened, and he saw the Spirit of God descending like a dove and lighting on him. And a voice from heaven said, ‘This is my Son, whom I love; with him I am well pleased.’ (NIV)

BAPTISM IS A STEP OF OBEDIENCE IN OUR CHRISTIAN LIFE

Acts 8:26-40: The Ethiopian eunuch wanted to obey the scriptures as Phillip shared God’s Word with him.

BAPTISM SHOWS WHAT HAPPENS TO THE OLD NATURE

Romans 6:3-11, “Or don’t you know that all of us who were baptized into Christ Jesus were baptized into his death? We were therefore buried with him through baptism into death in order that, just as Christ was raised from the dead through the glory of the Father, we too may live a new life. If we have been united with him like this in his death, we will certainly also be united with him in his resurrection. For we know that our old self was crucified with him so that the body of sin might be done away with, that we should no longer be slaves to sin–because anyone who has died has been freed from sin. Now if we died with Christ, we believe that we will also live with him. For we know that since Christ was raised from the dead, he cannot die again; death no longer has mastery over him. The death he died, he died to sin once for all; but the life he lives, he lives to God. In the same way, count yourselves dead to sin but alive to God in Christ Jesus.” (NIV)

Romans 6:4, “Your old sin-loving nature was buried with him by baptism when he died; and when God the Father, with glorious power, brought him back to life again, you were given his wonderful new life to enjoy.” (TLB)

Galatians 3:26-27 “For yor are all the children of God by faith in Christ Jesus. For as many of you as have been baptized into Christ have put on Christ.” (KJV)

BAPTISM IS SYMBOLIC OF THE RESURRECTION LIFE

1 Peter 3:18-22, “For Christ died for sins once for all, the righteous for the unrighteous, to bring you to God. He was put to death in the body but made alive by the Spirit, through whom also he went and preached to the spirits in prison who disobeyed long ago when God waited patiently in the days of Noah while the ark was being built. In it only a few people, eight in all, were saved through water, and this water symbolizes baptism that now saves you also–not the removal of dirt from the body but the pledge of a good conscience toward God. It saves you by the resurrection of Jesus Christ, who has gone into heaven and is at God’s right hand–with angels, authorities and powers in submission to him.” (NIV)

II Kings 5:14, “So he went down and dipped seven times in the Jordan, according to the saying of the man of God; and his flesh was restored like the flesh of a little child, and he was clean.” (NKJV)

Matthew 28:18-20, “Then Jesus came to them and said, ‘All authority in heaven and on earth has been given to me. Therefore go and make disciples of all nations, baptizing them in the name of the Father and of the Son and of the Holy Spirit, and teaching them to obey everything I have commanded you. And surely I am with you always, to the very end of the age.’” (NIV)

Here are some videos that we found helpful when teaching the baptism: 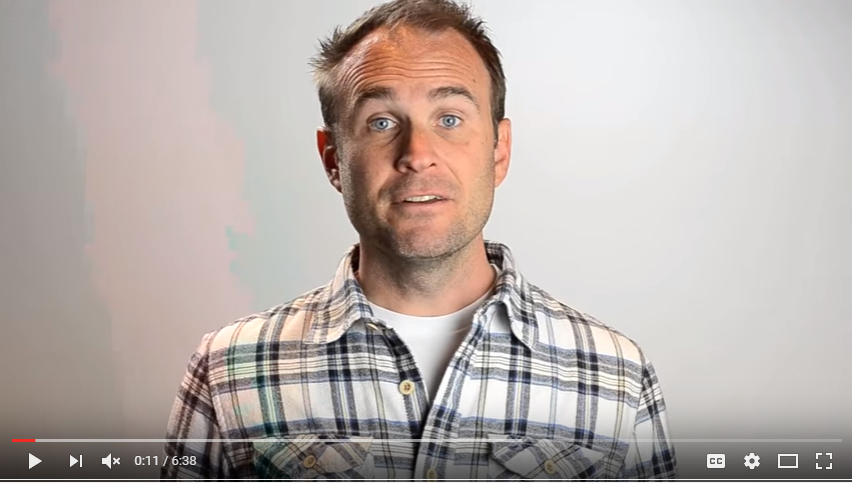 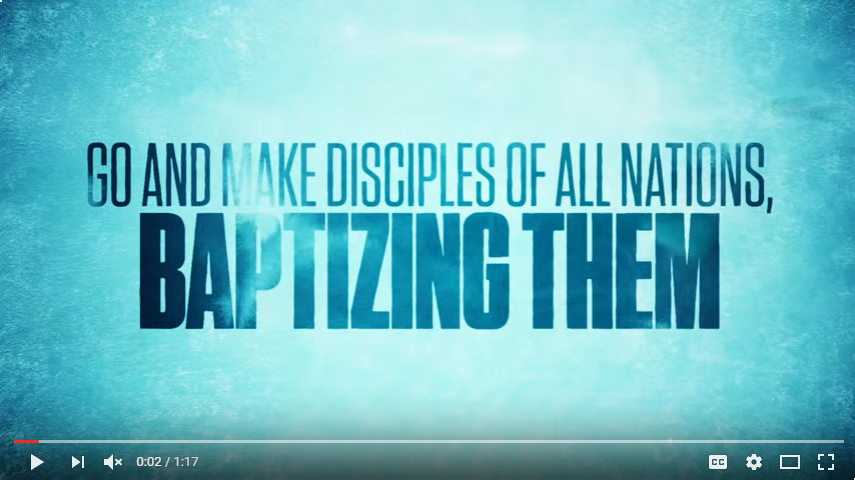 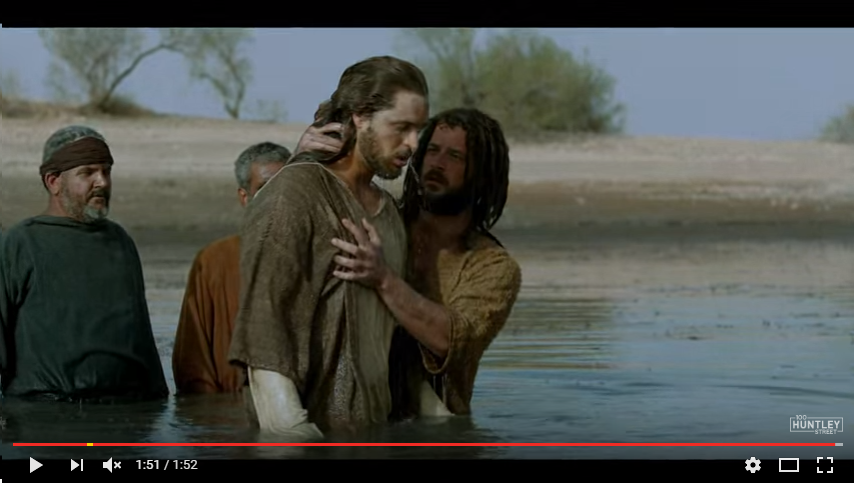 The BIBLE Preview: The Baptism of Jesus
WATCH VIDEO 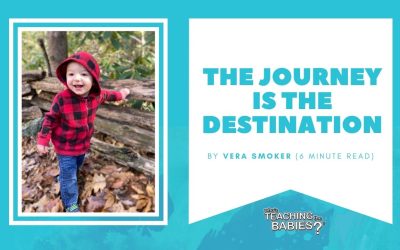